The British scheme to grow groundnuts on an industrial scale in Tanganyika Territory in the years after World War II has become a paradigmatic example of the failure of postwar colonial developmentalism. This article looks at how the scheme was facilitated by the repurposing of wartime technologies for a new “war on nature”; a process of “bricolage” and improvisation which created new machines designed to bend the soil, vegetation, and climate of Tanganyika to the will of the colonial agriculturalists.

Martin Mahony is a historical and environmental geographer interested in how science and politics intersect with politics and power, in the context of both contemporary climate politics and colonial histories of science and environmental transformation. He gained his PhD in 2013 from the University of East Anglia and thereafter worked at King’s College London and the University of Nottingham, before returning to UEA in 2017. Mahony has also held visiting fellowships on the Harvard STS Program and at the Institute for Advanced Study in Media Cultures of Computer Simulation (MECS) at Leuphana University. 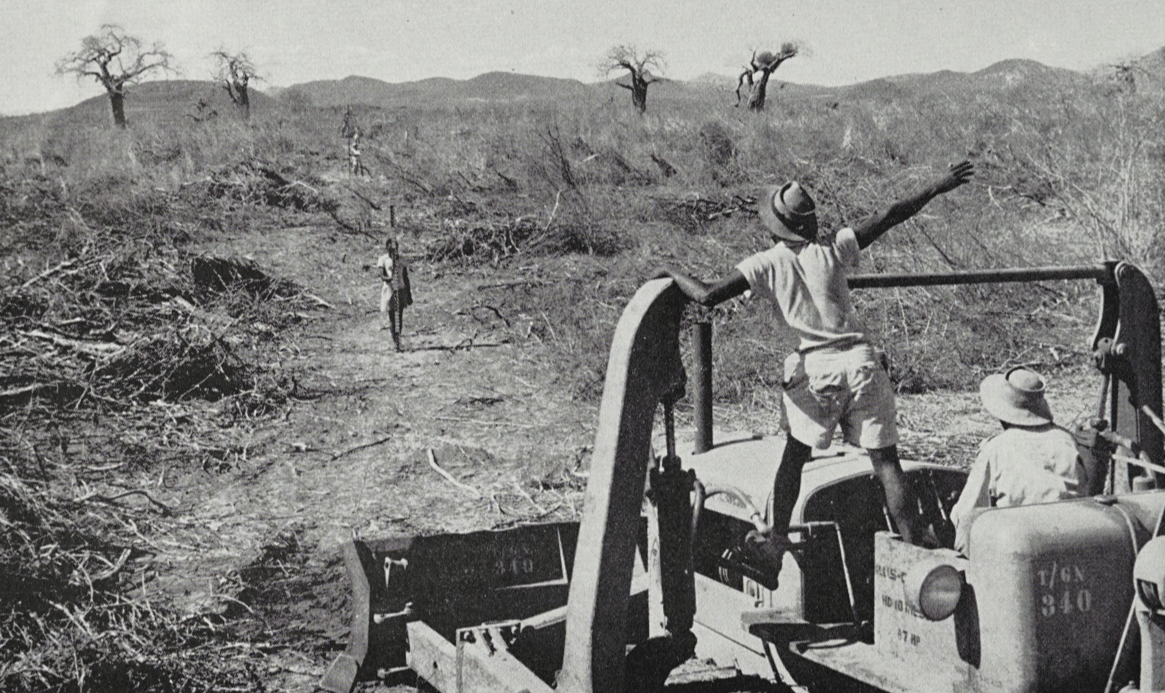