The Irish Sea that separates Great Britain and Ireland has often been written about in terms of divisions, threats, and hazards. Facing each other across that sea, the coasts of Wales and Ireland’s eastern seaboard have a more complex story to tell, one characterised by intimate if troubled lines of connection. Through the case study of the sinking of the RMS <i>Leinster</i> on 10 October 1918, we argue that the Irish Sea is defined not only by the coasts that encapsulate it, its ecologies and biodiversity, or the maritime routes that crisscross its surface, but by the lives, vessels, and material objects lost at sea.

Claire Connolly FLSW MRIA is a professor of modern English at University College Cork in Ireland. Her book A Cultural History of the Irish Novel, 1790–1829 (Cambridge Studies in Romanticism) won the Donald J. Murphy Prize. With Marjorie Howes (Boston College), she is general editor of Irish Literature in Transition, 1700–2015 (Cambridge University Press, 2020); as well as editor for Volume 2 of the series, Irish Literature in Transition, 1780–1830. She is project lead for Ports, Past and Present, funded by the European Regional Development Fund via the Ireland Wales Programme.

Rita Singer has a special interest in cultural studies of Victorian and Edwardian Wales, ideas of space and place in fictional and non-fictional writing, heritage tourism, maritime history, and cultural geography. More recently, her research focused on travel writing from continental Europe about Wales since the mid-eighteenth century and the impact of German submarine warfare on Welsh communities during the First World War.

Dr. James L. Smith is a research fellow in the School of English and Digital Humanities at University College Cork, working on the 2019–2023 Ports, Past and Present project. His work is at the intersection of the blue, environmental, spatial, and digital humanities. His monograph is Water in Medieval Intellectual Culture: Case Studies from Twelfth-Century Monasticism (Brepols, 2018). James is the editor of The Passenger: Medieval Texts and Transits (punctum books, 2017), and co-editor of the Open Library of the Humanities collection New Approaches to Medieval Water Studies (2019). His book project has the working title of Deep Maps of Lough Derg. 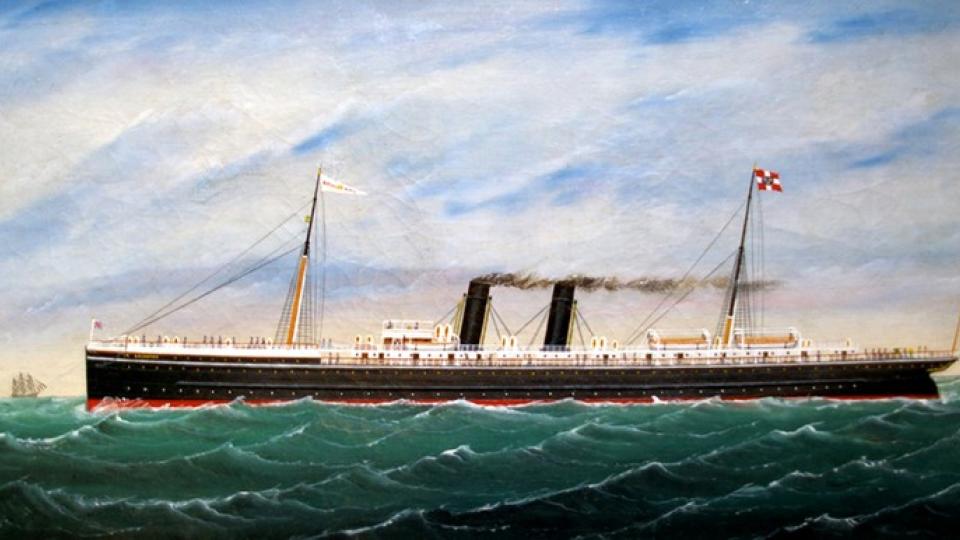